The murder of George Floyd, and countless others before him, have triggered a wave of reckoning around the world. With it, we saw a surge of civic engagement and conversations on our social and news feeds from individuals and companies alike. While there are thousands on the streets protesting against systemic racism, there are exponentially more people starting real and important conversations online.

And most of these conversations are happening on social media, putting platforms directly in the middle of the current activist landscape. People are creating and promoting content about social issues; joining and boycotting organizations; signing and sharing online petitions; donating to legal defence and bail funds.

Some could consider these actions as “slacktivism”. Slacktivism is defined by the United Nations as supporting “a cause by performing simple measures” but not being “truly engaged or devoted to making a change”. A term coined after social media, and often synonymous with “viral movement”, it has been criticized often for being too passive and not driving real change because of passive actions like signing petitions, sharing resources (or your opinion) online.

While bandwagon slacktivism can be harmful, we need to redefine some activities that fall under “slacktivism” to “first steps”. Specifically, the actions that blend the online realm with our everyday reality–such as signing a petition for change, sharing content online that sparks a conversation in your DM’s, or following new accounts and news sources that have changed your perspective-can truly make an impact.

For example, #BlackOutTuesday demonstrated all the shortcomings of slacktivism. A call to action to companies and individuals to elevate Black voices culminated in sharing of black squares on social media feeds with the hashtag #BlackLivesMatter. The attempt to show solidarity with the anti-racism movement inadvertently caused the drowning-out of actively used resources and information in the hashtag algorithm.

Critics have often labelled online petitions a hallmark of “slacktivism” or its low-risk and commitment nature. But it’s this ease and accessibility which made the Change.org petition so successful and clearly demonstrates what “slacktivism” can accomplish: widespread, instantaneous mobilization of information, resources and support for causes people care about. And successful ones work because they leverage social media’s functionality to accelerate processes that on-the-ground protesting relies on, and lowers the barrier to participation for people who wouldn’t normally or aren’t able to actively engage in political discourse.

Of course, progress won’t be made without meaningful, tangible actions. But change requires a first step. Having difficult conversations at the dinner table can change perspective and attitudes. Discussing different life experiences with colleagues, friends or neighbours can lend to new-found empathy, understanding and compassion. It’s the first step of becoming an ally. And if all of this starts on social media, so be it.

Can “Tech for Good” Be Better?

#EFF2020: A Fitting Send-Off to the Worst Year Ever 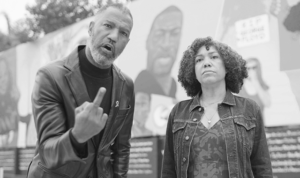